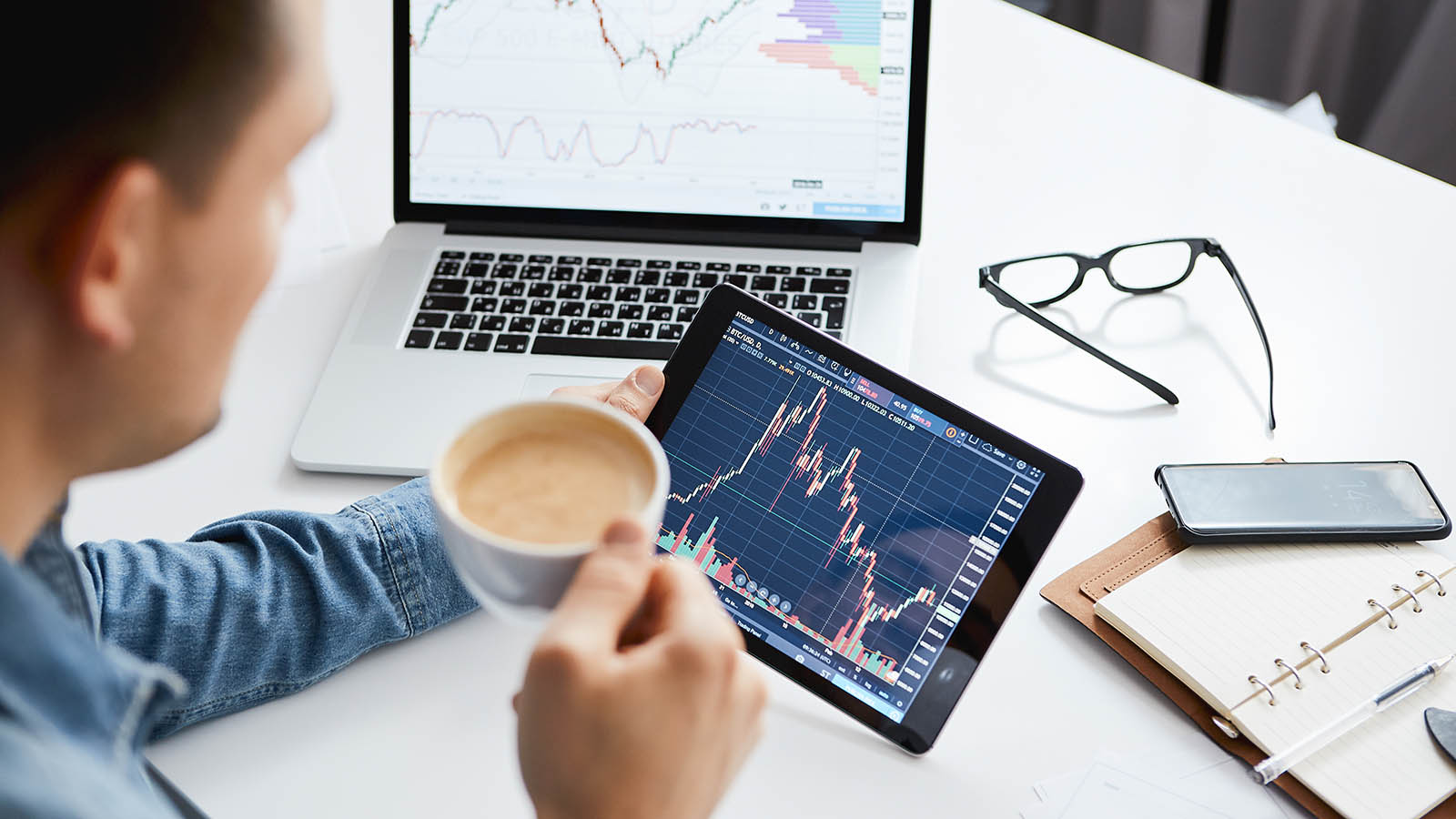 Politicians don’t have a great reputation, especially these days. But some of them have had a good run with investing in stocks. This is a hot topic now because they have so many conflicts of interest. Their jobs most likely offer them unfair insider advantages, even if they don’t set out looking for them. Today, we examine three stocks that U.S. politicians are buying. The idea is to indirectly leverage that potential unfair advantage.

I don’t like to blindly chase anyone, regardless of track records. So, it is important to vet each situation independently and through my same usual funnels. They are an active bunch of traders, so the pool of stocks that politicians are buying is deep. Some of their bullish trends are perhaps getting long in the tooth.

For example, new investors looking to invest in oil stocks missed the easy run. Getting in now could be hazardous. To use one situation, Exxon (NYSE:XOM) is just reaching its all time high after eight years of struggle. Buying the stock now is likely to be another bull trap, like in 2014. I am not picking on XOM. I am merely pointing out potential pitfalls of blindly buying stocks that U.S. politicians are buying now.

There are so many lists out there of potential stocks, so I am cherry picking them. I chose two strong giga-caps that have no faults and one hobbled former star. Here are three stocks that U.S. politicians are buying now:

For a long while, Microsoft (NASDAQ:MSFT) had lost its edge. But under the leadership of Chief Executive Officer Satya Nadella, that situation flipped. This tech dinosaur managed to become relevant again. They are now fully on board with the new trends. Long are the days of selling single release software packages and games. The subscription service model suits it very well.

They are also a dominant participant in the cloud chasing. There is hardly a knock on its prospects and it has a long runway ahead. Most experts who cover MSFT stock are optimistic, with almost all recommending a “buy.” The average price target of $356.30 is 31% above current levels. This doesn’t mean it goes there, but it speaks to the value in it now.

While it is 22% below its highs, it is still 25% above the pre-pandemic levels. This leaves some doubt as to having hit a bottom. Investors should expect higher prices in the long-term, but leave room for error. Equity markets could hiccup next week on the large options expiration contracts. If that happens, the indices would drag MSFT lower. The stock is showing a range, so it also may suit traders, as well as investors.

Meta Platform’s (NASDAQ:META) Facebook hogs the social media headlines. But Alphabet’s (NASDAQ:GOOGL,NASDAQ:GOOG) is also a monster in that field. YouTube alone has around 2.6 billion monthly active users. It is also growing fast, as it doubled since 2015. It is just starting to monetize that side of the business. Additionally, it has about 50 million paying subscribers.

This is all on top of Google’s thriving main business, which is search. They have so far dominated the field and weathered every storm. There were skeptics during the switch to mobile, but those fears have subsided. Alphabet’s future is on as solid ground as it gets. There are absolutely no apparent reasons to doubt the success of GOOG stock.

If the stock markets are higher in the future, then so is this one. So, it’s not a surprise to see it as a stock that U.S. politicians are buying. I bet this has been the case every year for a while. This should be a core holding in every serious portfolio. But I do caution against going all in now. The indices are teetering and searching for a bottom.

We are currently in a correction that triggered a bearish scenario once we lost the February support. The technical target can still take us back to pre-pandemic levels. This leaves GOOG stock vulnerable to a potential 15% drop before it hits its levels. Starting now, I would only suggest a partial position, thereby leaving room for error. Selling puts to own shares might be a viable strategy for those who are familiar with the process.

A few years ago, Netflix (NASDAQ:NFLX) could do no wrong. Management was extremely confident and not respecting their competition at all. I bet that they won’t make that mistake again. During their last earnings report, management delivered a dire message. The results were bad as metrics shrank when everyone expected growth. Moreover, they forecast that the situation would get a lot worse still.

As a result, NFLX stock lost half of its value quickly. I doubt politicians love the fact that they were buying it. But now, it presents a compelling speculative bet. The fall on earnings came after it had already fallen from the highs. My thesis is that the blindside surprise move is a spike on the next earnings.

The message during the last report was extremely grim. Maybe they scared out all the weak hands and built a worst case scenario. By definition, that makes the upside reaction more likely than not. It wouldn’t take much for that, a simple not that bad result could do it. Among the stocks that U.S. politicians are buying, this one is a loser. Maybe next it will surprise again and regain some decency.

I am not suggesting buying NFLX for an investment. This, in my book, would be a speculative trade with finite stop losses. I would also book profits faster than I normally would. NFLX should have tough resistance above current prices. Sellers are likely lurking near $250 per share. Since it fell this fast, there are no easy fine lines, so respect zones.

Gautam Adani calls off $2.5 billion equity sale as regulatory concerns grow
3 EV Penny Stocks Worth Picking Up for Under $1
7 EV Stocks That Can Really Go the Distance in 2023 and Beyond
META, AAPL, AMZN Predictions: 3 Hot Stocks for Tomorrow
Stocks making the biggest moves after hours: Whirlpool, NXP Semiconductors, UnitedHealth and more