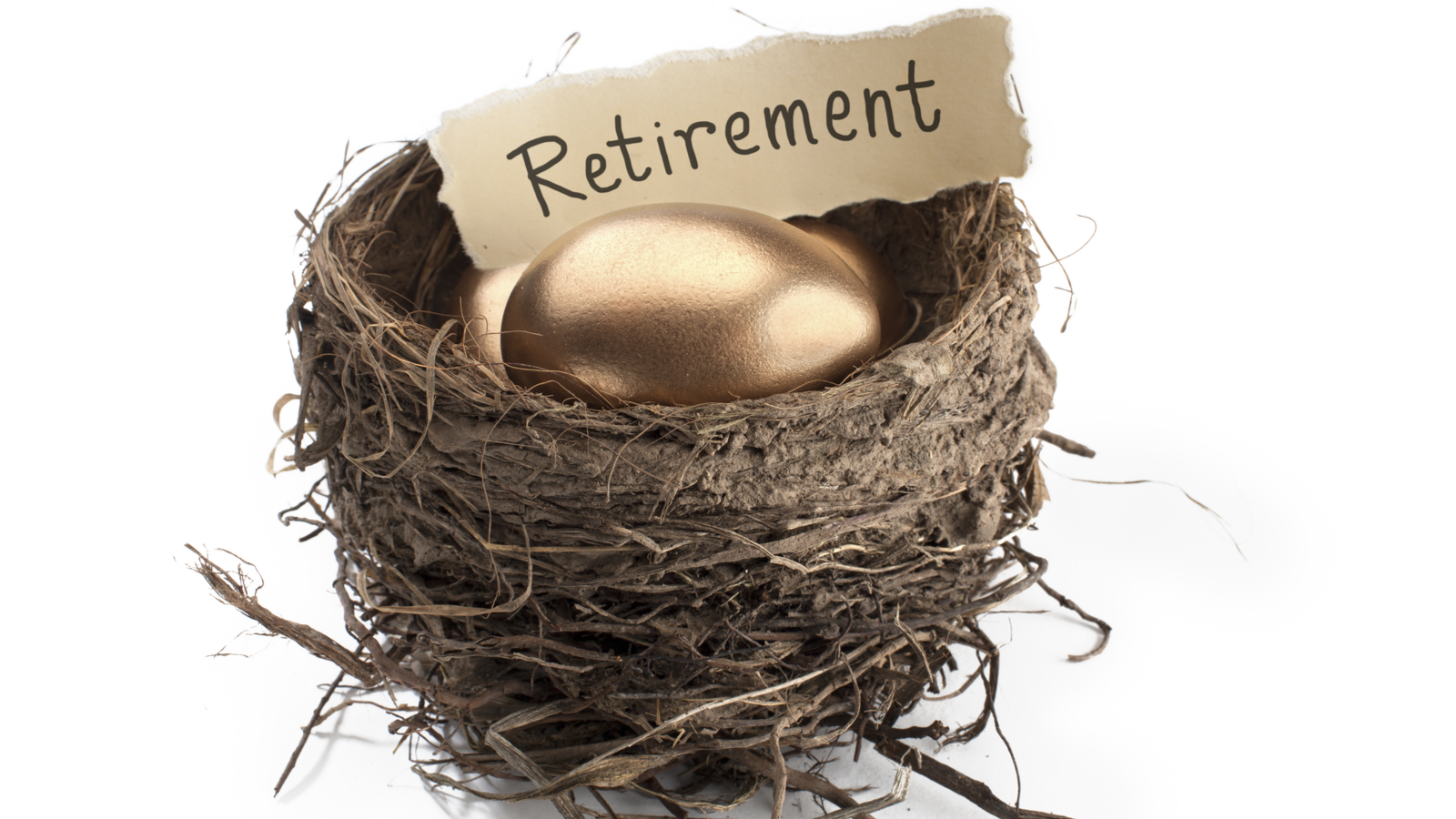 When picking safe retirement stocks to buy, it’s important to prioritize a few traits. A company should have a strong balance sheet to keep it secure during economic downturns. It should pay a dividend, and have a history of raising it at least as quickly as the inflation rate so that your dividend income keeps up with expenses during retirement. Also, the company should have a strong competitive moat or other inherent advantages to ensure that it remains a dominant player in its industry for years to come.

While smaller or more speculative companies may offer greater upside, an investor focused on retirement is generally seeking to make solid returns while avoiding significant drawdown risk. Once you have made enough to leave the workforce, a top priority is on making sure that the nest egg remains healthy while generating enough returns and income to support a fruitful retirement. These seven safe retirement stocks fit the bill today.

Diageo (NYSE:DEO) is the world’s second-largest alcoholic spirits company. It is known for a wide variety of brands including Smirnoff, Johnnie Walker, Crown Royal, Captain Morgan, Baileys and Guinness beer.

Diageo has existed in its present form since the 1990s, when the Guinness beer business merged with the Grand Metropolitan spirits company. However, the underlying brands have existed far longer than that. Guinness, for example, was founded in 1759. That’s the sort of longevity that ensures that the company can keep your retirement dividends flowing.

Diageo is a great business because of its industry. Alcohol is a high profit margin product with steady consumption patterns regardless of political and economic developments. Diageo has raised its dividend each and every year dating back to when the company was formed. Shares have also dropped to below 25 times earnings with the recent selloff, making this a fine entry point.

McCormick & Company (NYSE:MKC) is by far the world’s largest spice company, outselling its nearest rival at least fivefold on an annual basis. The company has a strong competitive advantage for its sheer size. Most grocery stores don’t want to carry many brands of products such as black pepper or oregano, giving McCormick a natural monopoly. McCormick is also the largest player in generic store brands of spices as well.

In addition to the core spice business, McCormick has moved heavily into salsas and hot sauces. Recent purchases such as Frank’s Red Hot and Cholula have supercharged McCormick’s growth trajectory. Consumers are increasingly looking for novel and diverse flavors, and McCormick is a major winner in that trend.

MKC stock is generally not cheap, and that remains true now. People pay up for quality, after all. However, after a recent 10% decline in the stock price, shares are back under 30 times earnings. That’s a reasonable entry point historically for McCormick, given its solid growth rate and impeccable dividend history; the company has raised its dividend payout 36 years in a row.

The oil and gas industry is back. After many obituaries were written for the sector in 2020, it turns out that these reports were premature. The invasion of Ukraine has highlighted the precarious nature of the world’s energy supply. While renewables will eventually shoulder the load, they’re not yet there in terms of being able to supplant oil and gas.

With gasoline prices hitting record highs, oil majors are in a uniquely powerful position. Government regulations and environmental pressure have made it hard to drill for oil or build new pipelines and refineries in recent years. This has created a massive structural deficit of energy infrastructure.

The owners of existing assets, thus, have a winning hand. Exxon Mobil (NYSE:XOM) is now producing record profits and cash flows. That has allowed it to resume boosting its already generous dividend; XOM stock currently yields 3.6%. While energy can be a boom and bust industry, Exxon Mobil’s diversified operations across oil production, transportation, refining and chemicals make it much more stable and reliable for retirees than the average energy outfit.

After the pullout from Afghanistan last year, some investors gave up on the defense stocks. It seemed like America might pull back a bit from international engagement. However, the invasion of Ukraine has highlighted the ongoing need for national defense capabilities. In addition to the U.S. buying more armaments, foreign powers such as Germany and Japan have sharply increased their military budgets.

This has led to an upturn in the stock prices for firms such as Lockheed Martin (NYSE:LMT). Lockheed, in particular, has inked several new contracts for fighter jets this spring. With LMT stock up 25% year-to-date, it might seem too late to buy. It’s not, though.

In fact, shares are still selling for less than 17 times earnings. And defense contractor earnings are high quality, as they are backed by decades-long contracts paid for by government spending. This is the sort of stable reliable business that a retiree can count on.

One of the biggest demographic trends in America is the aging of the population. And as retirees know, the cost of medical care constantly rises. The best way to play defense against these inexorable forces is to own stocks in the healthcare industry.

Medical device makers such as Medtronic (NYSE:MDT) are uniquely well-positioned to protect investors from rising healthcare costs. Medtronic is a large pureplay device maker focused on cardiac care, diabetes, neurological conditions and spinal disorders among other issues. As more of the population becomes elderly, demand for these sorts of life-enhancing products will increase.

MDT stock is near its 52-week lows at the moment. It was slowed down by a reduction in the tempo of elective surgeries with the pandemic. And now inflation and supply chain issues are running their course. Regardless, shares go for less than 18 times forward earnings and offer a near-3% dividend yield.

For global consumer brand names, Nike (NYSE:NKE) is right up there. The company’s footwear and athletic apparel can be found on almost every corner of the planet. That has been something of a headwind in 2022. Nike is pulling out of the Russian market this year, and it also faces a potential sales slowdown in China as that country remains under more strict Covid-19 restrictions.

Throw in global supply chain issues and inflation, and NKE stock has dropped 30% year-to-date. That’s an overreaction, however. Shares are now selling for less than 30 times forward earnings, and analysts see those earnings growing at 20% a year in 2023 and 2024 once the current headwinds let up. And while Nike only pays a 1% dividend today, it has grown that dividend at a double-digit compounded rate in recent years, making this a strong growth and income play.

It can be hard to pick technology companies as part of a lower-risk income-generating portfolio. After all, technology changes quickly, and also many tech firms don’t pay dividends.

Texas Instruments (NASDAQ:TXN) is a great solution to these two issues, however. The semiconductor company makes thousands of different niche analog chips. These serve specialized functions such as converting real-world weather information into digital data that machines such as autonomous vehicles can use. These sorts of specialty chips have a much longer lifespan than, say, a semiconductor for the latest iPhone or gaming device.

By serving durable industrial markets, Texas Instruments faces much less competition than in consumer electronics. In addition, Texas Instruments’ management makes all its decisions with a focus on boosting is free cash flow. This cash generation, in turn, is shared with investors via aggressive dividend hikes. Shares currently yield 2.6% and, impressively, the company has grown its dividend at a 19% per year compounded rate over the past five years.

On the date of publication, Ian Bezek held a long position in DEO, MKC, TXN, XOM, LMT, MDT and NKE stock. The opinions expressed in this article are those of the writer, subject to the InvestorPlace.com Publishing Guidelines.