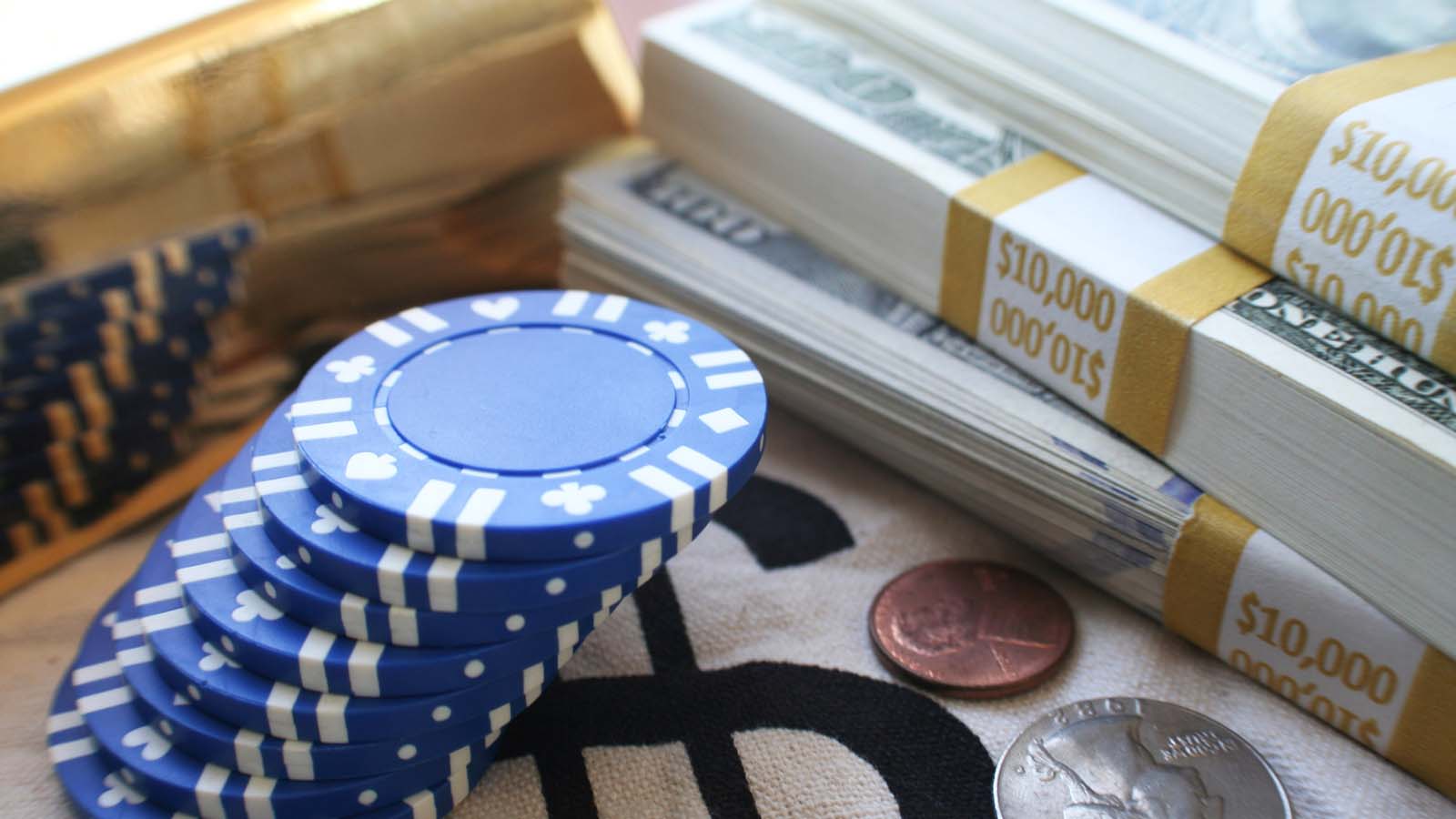 While this year’s anxiety-fueled downturn has on the flipside generated attractive discounts for speculators, the contrarian opportunity among blue-chip stocks to buy is arguably the most enticing. Indeed, several of the alpha dogs are suffering massive losses — perhaps to an unprecedented degree. Such a circumstance gives patient investors unprecedented access to quality ideas.

Yes, you can always go after the popular names such as the meme trades and other flavors of the week. However, with myriad blue-chip stocks to buy suffering sizable double-digit losses in the year so far, even the most conservative investor should at least consider picking up a few shares. After all, the companies with the biggest market capitalization stats earned the premium through years of business success.

Therefore, the concept of picking up blue-chip stocks to buy during these volatile times is less about speculation and more about advantaging what the market is giving you. Don’t get me wrong — nothing in the capital markets is without risk. However, the blue chips have proven themselves and, therefore, you’re acquiring good companies suffering from lean business cycles.

One of the biggest names in the broader technology space, Nvidia (NASDAQ:NVDA) is presently suffering through a sharp reversal of fortune. On a year-to-date basis, NVDA is down nearly 40%. Generally speaking, when an equity unit loses that much value in the market, there’s a reason for it — typically not a good one. Admittedly, the red ink is a major distraction.

As you know, the semiconductor supply crunch has been the poster child of the global supply chain crisis. In addition, the cryptocurrency market has cratered thus far, imposing a headwind on one of Nvidia’s lucrative revenue channels: manufacturing processors geared specifically for crypto-mining operations. Piling on top of this mess is soaring inflation, crimping consumer budgets.

Still, inflation, the crypto fallout and the supply chain crisis are temporary issues. That doesn’t mean they’ll go away tomorrow. It may take years to resolve. But at some point, a resolution will likely arrive. But, by then, NVDA could be priced back up to its rightful premium, meaning that it’s possibly one of the best blue-chip stocks to buy now.

A powerhouse in the business software industry, Intuit (NASDAQ:INTU) is best known for its tax preparation solutions, including popular brands TurboTax and QuickBooks. Now, I understand that for most folks, tax season is over. But that’s no reason why INTU should be down 33% YTD.

One possible explanation for the dramatic red ink is the economic backdrop. With consumer sentiment hitting multi-year lows amid a number of companies announcing layoffs, the financial picture for many households looks bleak. To put it cynically, it might not be necessary for folks to consider buying access to tax software due to the collective erosion of wages and income.

Still, on a more optimistic note, Intuit could rise as one of the blue-chip stocks to buy thanks to the burgeoning gig economy. Projected to be a $455 billion market segment by 2023, Intuit stands poised to serve new customers; bear in mind that independent contractors feature a more complex tax profile than regular employees.

Target (NYSE:TGT) is down big, shedding over 29% YTD. Of course, the security wasn’t performing that poorly until recently, when management disclosed its results for the first quarter of 2022. Obviously, the picture stunk.

Although revenue at $25.17 billion exceeded the consensus target of $24.49 billion, Target slipped badly in terms of earnings-per-share, delivering $2.19 adjusted against the estimate of $3.07. Management explained the poor numbers, stating that it struggled against pricey freight costs, higher markdowns and lower-than-anticipated sales from discretionary items.

In other words, the consumer sentiment index isn’t just a wonky statistic. People are feeling the pain and they’re closing their wallets.

Nevertheless, the saving grace for Target is that it has strong appeal, unlike rival Walmart (NYSE:WMT), which has a less-than-ideal image. Plus, Target caters to a wealthier shopper, affording it some insulation in case of a recession.

When social media firm Snap (NYSE:SNAP) warned that it likely would not be able to meet its revenue and profit forecasts for Q2 because of economic deterioration, Wall Street punished SNAP stock to a hideous degree, shedding 43% on the May 24 session. But as Trade Desk (NASDAQ:TTD) demonstrated, it wasn’t the only victim.

While TTD didn’t hurt as much, the pain was quite a conspicuous affair, dropping 18.5% on May 24, translating to an outright hemorrhaging of almost 43% YTD. Although the two are different companies (obviously), Snap’s worrying disclosure imparted negative implications on digital media and advertising. Being a leader in the programmatic advertising space, the potential industry headwind shook up Trade Desk.

Although not taking anything away from the inherent risks, TTD could still make a case for blue-chip stocks to buy because programmatic advertising may be the future of consumer engagement. Experts project that the underlying market could expand at a compound annual growth rate of 13.7%, potentially making TTD an enticing discount.

One of the companies I didn’t give much credence to during its ascendency, it looks like I’m batting zero for two regarding Twilio (NYSE:TWLO). Previously, I’ve spoken about the contrarian prospects of TWLO. Unfortunately, the equity unit keeps moving in the wrong direction, printing a stunning loss of 60% YTD. I should call it quits, but I’m going to stick my neck out at least one more time.

As a specialist in communications APIs — or interfaces that facilitate the embedding of voice calling, text messages and other forms of communication into a software application or product — Twilio is extraordinarily relevant. With modern societies almost guaranteed to integrate more digitalization and automation protocols, Twilio almost seems like a no-brainer discount.

In addition, I really dig the company’s two-factor authentication (2FA) system, which carries relevance for the crypto investing community. While no safety protocol is 100% guaranteed, 2FA provides significant peace of mind for those worried about cyberbreaches.

In many cases, recessionary pressures help so-called vice stocks because their underlying products provide cheap entertainment or a form of escapism from contemporary troubles. That’s the cynical case for Domino’s Pizza (NYSE:DPZ). No, the company isn’t a culinary specialist. Instead, it delivers reasonably priced comfort food to hungry households, making it one of the more interesting blue-chip stocks to buy on discount.

And what a discount it is. Despite Domino’s much-heralded corporate turnaround, DPZ this year isn’t showing much evidence of it, dropping 35% YTD. In my view, the skyrocketing inflation rate is a significant detractor. Because of the associated erosion of purchasing power, financially strapped folks will look for ways to save money. Eating out will be an easy item to cross off the list.

Nevertheless, there’s a question about whether the selloff is a bit too steep. Again, Domino’s has a bit of a vice appeal because of its addictive fast-food business. Therefore, it might be one of the blue-chip stocks to buy for forward-thinking speculators.

One of the biggest winners from the doldrums of 2020 — when shares traded in double-digit territory — Tesla (NASDAQ:TSLA) has defied critics, eventually crossing over into four-digit territory. The ride has been nothing short of remarkable. Unfortunately, what goes up must come down. As Tesla CEO Elon Musk is learning, he can buy a lot of things but not control of gravity.

But it’s not just the normal ebb and flow of the market that’s impacting TSLA. Rather, strong questions are rising about the viability of electric vehicles, particularly for the middle-income masses. For one thing, EVs are still incredibly expensive and two, the necessary lithium extraction process that undergirds the industry is environmentally taxing, particularly on global water supplies.

But what I like about Tesla from a cynical perspective is that the products cater to a somewhat exclusive and generally affluent consumer base. I’m beginning to doubt that Tesla will ever be accessible to regular-income folks, but that might be okay. Exclusivity can generate social cachet, which could make TSLA one of the blue-chip stocks to buy on discount.

MULN… AMC… TSLA… How Meme Stocks Turned Us Into Terrible Investors
Is TSLA Stock a Buy After Earnings? Not So Fast
7 Dividend Stocks That Will Be Big Winners in 2023
Stocks making the biggest moves after hours: Intel, Visa, Hasbro and more
Buyer Beware! The Upside Potential for SOFI Stock Is Limited.