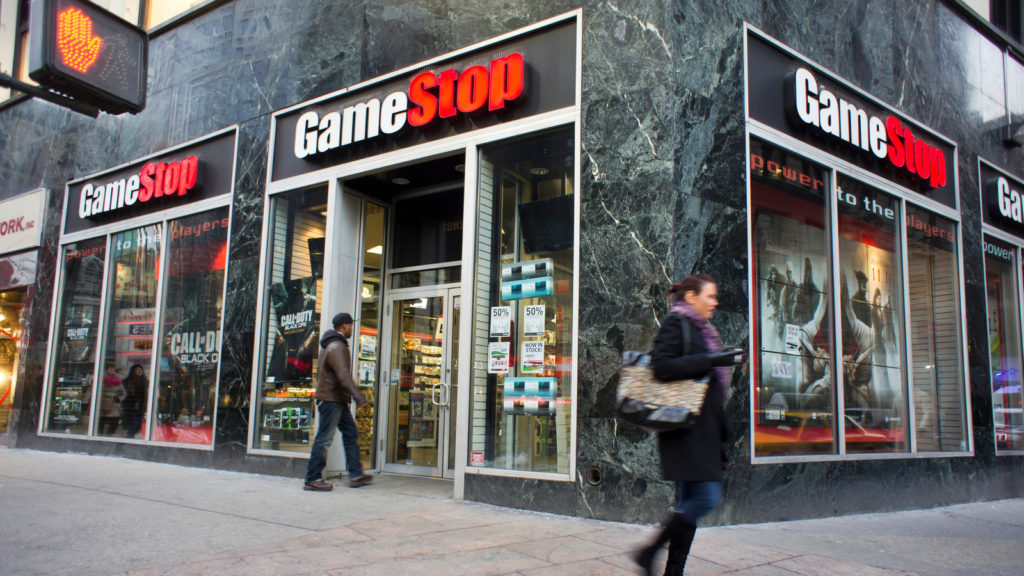 GameStop (NYSE:GME) remains one of the year’s most remarkable stock market stories. GME stock enjoyed not one but two historic short squeezes, leading to windfall profits for longs and incredible pain for skeptics such as Melvin Capital.

However, the fun may be winding down for GameStop. Shares have been sliding for weeks now, recently hitting $150. Shares have reached their lowest point since May.

But the rollercoaster didn’t stop there. Within the past 5 days, GME shares have climbed back up nearly 30%. Today, it’s back down nearly 4%.

It’s not just GameStop that’s experiencing this sort of wackiness either. Other meme stocks like AMC Entertainment (NYSE:AMC) and Clover Health (NASDAQ:CLOV) are down sharply from their highs. And speculative investments such as special purpose acquisition companies (SPACs) and electric vehicles (EVs) are getting pounded.

What’s caused the change in sentiment? In part, meme traders have simply moved on from stocks to a new asset class.

Robinhood (NASDAQ:HOOD) recently launched its IPO. As a publicly traded company, it now has to disclose far more details about its business. In its first quarterly results as a public company, it offered insight into its customers’ behavior. And the takeaway was clear: Cryptocurrency is booming, while meme stocks are fading.

For the quarter that ended June 30, Robinhood generated fully 41% of its revenues from cryptocurrency transactions. That was way up from 17% in the previous quarter.

Which crypto was responsible for all the excitement? It wasn’t Bitcoin (CCC:BTC-USD) or Ethereum (CCC:ETH-USD). Rather, Elon Musk’s preferred token, Dogecoin (CCC:DOGE-USD), made up more than half of Robinhood’s cryptocurrency trading revenues.

Why does this hurt GME stock, though? Simply put, there’s a competition at work. The average Robinhood account size is $4,500. It’s hard to generate a widely diversified portfolio with that sort of capital base. If people want to take a big swing at Dogecoin, it likely will involve selling the things they currently own, such as AMC or GME stock.

Reading through Robinhood’s filing, the Dogecoin revenues jump off the page. Another key point is that unlike Dogecoin, Robinhood does not cite GameStop trading as a key source of revenues.

It does, however, note the damage that came to the company from its decision to halt trading of AMC and GME stock in January: “This resulted in negative media attention, customer dissatisfaction, litigation and regulatory and U.S. Congressional inquiries and investigations, capital raising by us in order to lift the trading restrictions while remaining in compliance with our net capital and deposit requirements and reputational harm.”

In the wake of that, it seemed the GameStop and AMC communities might be able to deal Robinhood a crippling blow. Reddit was full of chatter about shorting Robinhood to smithereens in punishment for the trading halt.

Instead, however, it seems Robinhood’s business has recovered in record time. HOOD stock is off to a decent start since its recent debut. And its customers have jumped from meme stocks into the cryptocurrency. It makes you wonder about the long-term strength of the GameStop stock community when sworn enemy Robinhood has already enjoyed such a swift rebound.

GameStop shares have had incredible life as a popular trading vehicle. However, at some point the crowd gets tired of the show and goes elsewhere. Already, within the meme stocks, AMC has stolen a lot of GameStop’s thunder. And as Robinhood showed us, the speculative trading crowd in general is moving from stocks to crypto. With Bitcoin, Ethereum and Dogecoin all surging as of late, look for more traders to sell GME stock in order to have funds to invest in crypto.

As for fundamentals, there’s still no reason for GME stock to be above $100. The company hasn’t reported results this earnings season yet; however, its last quarterly report from June was dim. GameStop continues to lose money and isn’t even positive on an EBITDA basis. Meanwhile, its gross margin continues to slide as its core game-selling business erodes.

No, people don’t own GameStop for its struggling physical-store based business. The appeal is almost entirely in the memes and online shareholder community. However, as more meme stock traders switch to crypto, GME stock should slide.

On the date of publication, Ian Bezek held a long position in AMC via short December $15 put options. He held no position in GME stock. The opinions expressed in this article are those of the writer, subject to the InvestorPlace.com Publishing Guidelines.

The 7 Most Promising Psychedelic Stocks to Buy in February
My QuantumScape (QS) Stock Price Prediction for 2025
Stocks making the biggest moves midday: Dell, On Semiconductor, PayPal, Catalent & more
January job growth is forecast to slow slightly, but the impact from big corporate layoffs is uncertain
7 F-Rated Stocks to Sell in February