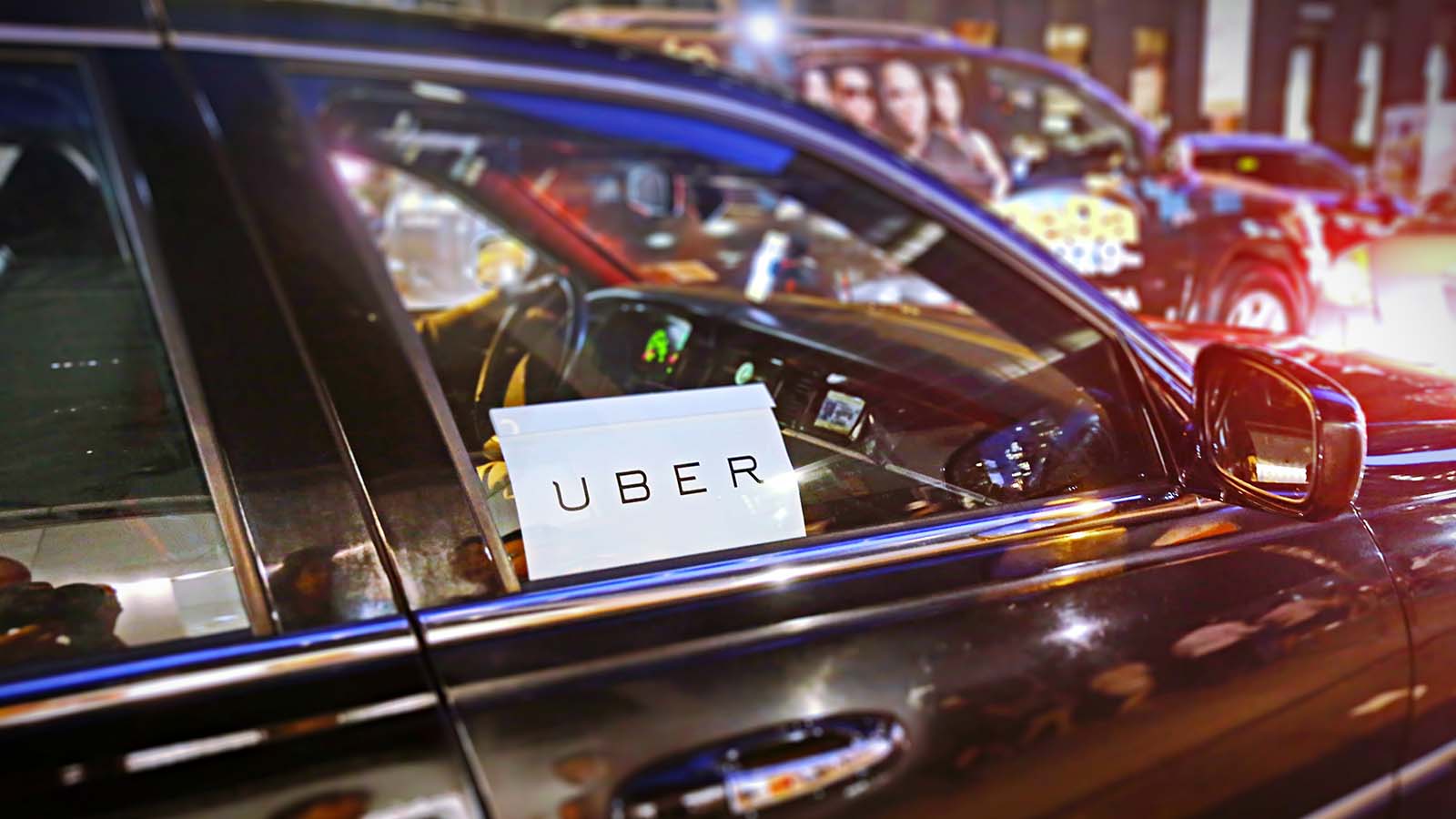 Investors have been bullish for at least three years. Much of the credit goes to the Federal Reserve. As it is, Wall Street has a habit of overshooting in both directions. So it is not a surprise to see markets break records about breaking records. Today we will illustrate that over-reaction point with Uber (NYSE:UBER) stock. 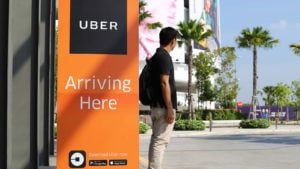 Last year, investors sold it down too harshly and to extremes. Then like magic, they loved it again and too much. Today’s thesis is that somewhere in the middle lies the truth. This makes around $40 per share a sane starting point for it. I will also expect upside resistance as it approaches $50 per share.

Successful investing involves not making flagrant mistakes. Buying a stock almost exactly in the middle of its lifetime range is just that. At these levels here, it is not an obvious potential financial debacle for investors. This is especially true for those with longer horizons.

The fundamentals for it went extremely south last year. Through no fault of its own, their business came to a screeching halt. All over the world people quarantined for months. Yes, the company has more than one source of income. But it is still primarily a people mover.

UBER Stock Is in Good Hands

Kudos to the management team for navigating such difficulties with relative ease. The trailing 12 month revenues are now back to 2019 levels. Looking back four years, it is up 65%.

Spending remains a wild card, but they are not back to their old extravagant ways. The price-to-sales (P/S) is under 7, which is humble in absolute terms. That’s also cheaper than Apple (NASDAQ:AAPL), Alphabet (NASDAQ:GOOGL, NASDAQ:GOOG) and Facebook (NASDAQ:FB). Of the largest tech companies, only Amazon (NASDAQ:AMZN) is cheaper on a P/S basis.

Fundamentally, I am comfortable assuming they are on track. They have the opportunity to become an aggregator of many businesses. Amazon did this and it took it years to succeed. The long-term horizon for UBER stock therefore remains optimistic.

Somewhere in the Middle Is Right 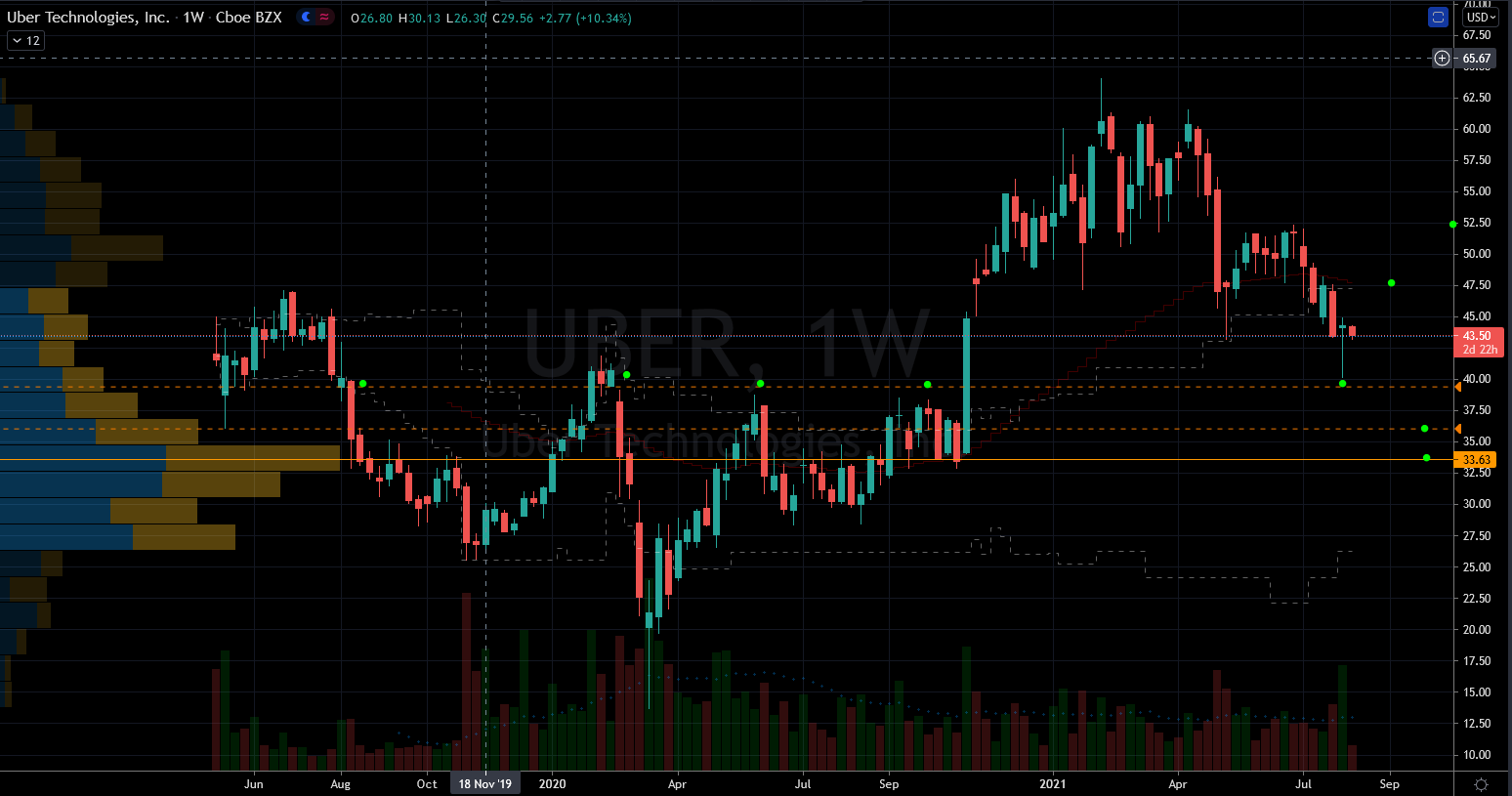 Technically, last week’s lows were perfect entry opportunities. The stock broke out last November from exactly that area after many tries.

True to form, investors became too overzealous taking it too far and too fast. Consequently, those who chased it in FOMO earlier this year lost up to 37% of their money. Panicking last week after the drop was also wrong, because it fell into a pivot zone. Those tend to lend support on the way down.

Short-term, my only concern is from extrinsic factors. The indices have not taken a breather in a while. Odds of a correction are higher than normal. Therefore, I would caution against fully trusting the support at $40 in Uber stock. If the markets correct even just a little bit, this one will too. Luckily there is stronger support near $33 per share. It makes sense to take partial positions now and leave room to add later.

Conversely, the options markets offer alternative methods. For example, I can sell UBER puts options instead of buying shares. This would give me the opportunity to buy them much lower. No cash leaves my account and I collect a premium for committing to my purchase.

I profit if the stock rallies, stalls or even falls. The upside is finite from such a strategy but it beats buying and hoping for a rally.

The macroeconomic conditions are unusual to say the least. The scenario we have now has never happened before. This leaves the Fed and the White House in an experimental phase. They are making it up as they go, and that’s not an insult. Rates have never been lower, the stimulus have never been more massive, so it is all new to them too.

Yesterday we learned about the passage of the $1 trillion spending bill. I have truly lost count as to how many of those we’ve had so far. I fear that this is way too much. How big is $1 trillion? If we spend $1 million per day, it would take us 2,740 years to run out of $1 trillion.

Climbing out from under this debt will be a big wall of worry but probably not until next year. More urgently, we will have to contend with a Federal Reserve that’s about to flip bearish. They signaled they will be starting the taper process this year.