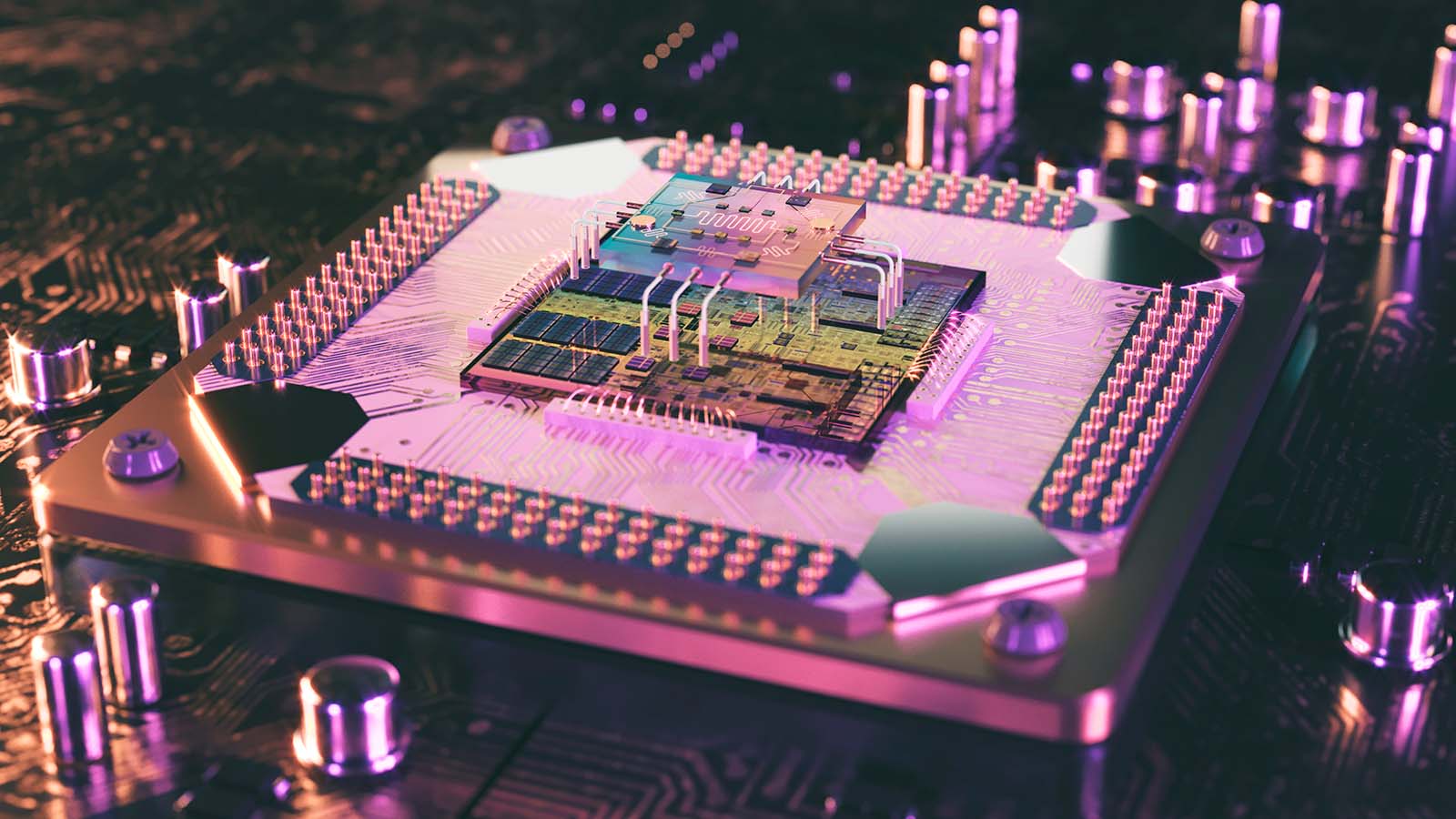 In the coming years, quantum computing stocks are likely to become very lucrative. If you’re unfamiliar with the technology, these computers use quantum mechanics to create multidimensional spaces and solve complex problems. As a result, quantum computers are significantly faster than traditional computers.

Quantum computing is a relatively nascent technology, but it holds a lot of promise in the long term. Corporations, institutions and other entities are in a race to develop these abilities and usher in a new era of computing. Though it may take years to scale, the world’s top contenders in the game are already building quantum computing hardware and software infrastructure today.

According to one study, the global market for quantum computing is expected to grow an impressive 33.1% from 2020 to 2030. The industry should generate nearly $1.9 billion in revenue during that period. Moreover, North America and Europe will likely hold a 78% share of the market by 2030.

The industry looks competitive in the long-term, but is currently dominated by well-known tech superstars. With that being said, let’s look at three of the most promising quantum computing stocks on the market today:

Source: The Art of Pics / Shutterstock.com

Microsoft has made advancements in all essential layers of its quantum computing stack, including its software, development tools and controls. These developments could play a huge role in MSFT stock down the road.

On top of that, Azure Quantum will enable researchers to solve complex problems within a few hours or days rather than years. Microsoft’s goal is to develop a scalable quantum system based on credible research and partnerships.

MSFT stock has climbed steadily upward since March 2020 and is currently priced at $282.88 per share.

IBM is one of the first movers in the quantum computing realm. The company has deployed the first on-premise quantum computer in the U.S. to a medical center in Cleveland. This is the latest addition to their existing array of more than 20 quantum computers, which is the world’s largest fleet of commercial quantum devices.

Moreover, the company plans to scale its systems to 1,000 qubits and more in the future. Hence, IBM stock stands to be one of the biggest beneficiaries of the quantum computing craze.

The IBM Quantum Network has partnerships with more than 140 companies from various industries. One such partner is Daimler (OTCMKTS:DDAIF), which is working on electric vehicles and battery design.

IBM’s Quantum Network can run more than one billion executions daily. The company is continuing to work on the scalability of these technologies to make them more accessible. As a result, IBM stock is poised to be among the crème de la crème of quantum computing stocks in the future.

Semiconductor giant Intel has been at the forefront of several cutting-edge technology developments. It has recently made its move into the quantum computing industry by producing quantum processors in Oregon. The company hopes to reach production-level quantum computing in the next 10 years.

Intel is currently on its third generation of quantum processors and is also investigating a technology called “spin qubits.” According to Intel, “spin qubits function on the basis of the spin of a single electron in silicon, controlled by microwave pulses.” The company believes it can scale spin qubits more effectively than superconducting qubits.

Spin qubits can bring several key benefits to quantum computing. They can greatly increase stability and durability during computations, and their smaller physical size can make quantum computing scalable. Additionally, they have less stringent operating temperature requirements than superconducting qubits.

Intel stock has the chops to become a massive player in the quantum computing space and join an elite group of tech giants. Currently, INTC stock is up 13.5% year-to-date and trades for $56.70 per share.

Muslim Farooque is a keen investor and an optimist at heart. A life-long gamer and tech enthusiast, he has a particular affinity for analyzing technology stocks. Muslim holds a bachelor’s of science degree in applied accounting from Oxford Brookes University.